“Life at the Knight’s Castle” is the award-winning exhibition at the Castle Museum, which provides answers to interesting questions such as: How did you become a knight? What weapons did a knight carry? Why were castles built? And how have its inhabitants lived in past centuries? 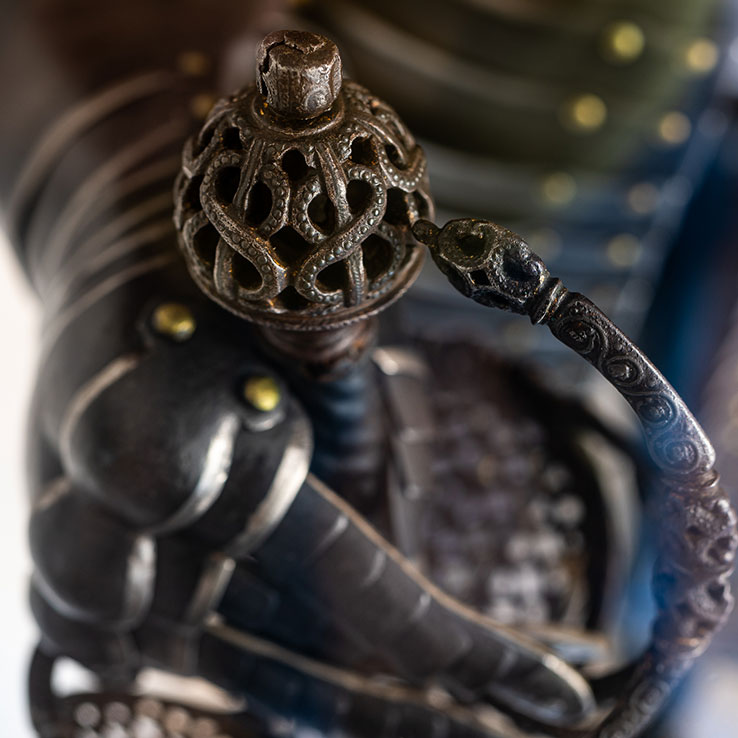 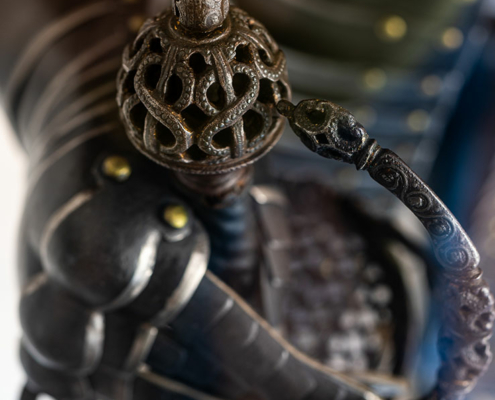 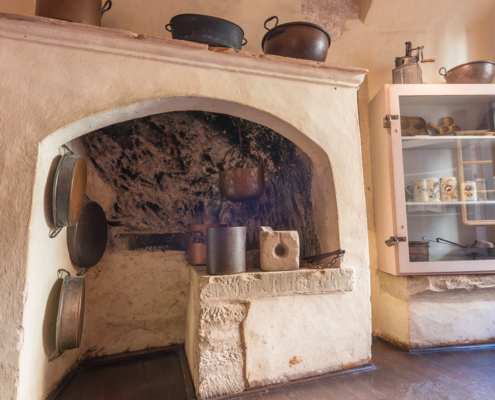 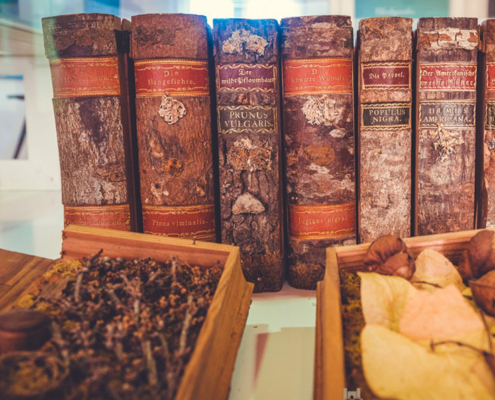 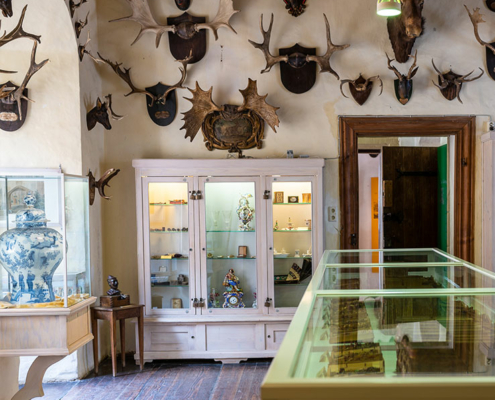 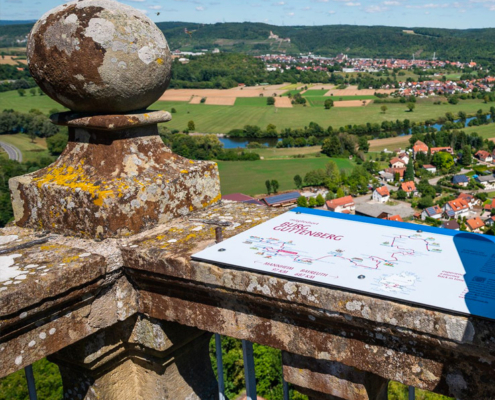 Vividly designed and peppered with many extraordinary exhibits, the exhibition invites you on a voyage of discovery into the past. Each of the five exhibition rooms represents a different century, always with a view of the castle’s inhabitants against the background of regional contemporary history.

After this journey through time, anyone who still climbs the 40-metre-high keep over the Dam wall will be rewarded with a fabulous view.

A visit to the museum without a guided tour takes about 30 to 45 minutes. You can then climb the castle tower via the fortified passageway and the curtain wall: Two tower rooms lead to the viewing platform (about 10 minutes).

Unfortunately, there is no access for wheelchair users to the Renaissance building (spiral staircase).
There is a small shop in the museum.
Dogs are not allowed.

New since April 2019: LEGO exhibition in the museum. The Club Schwabenstein 2×4 e. V. exhibits the Middle Ages buildings. There is also much to discover! 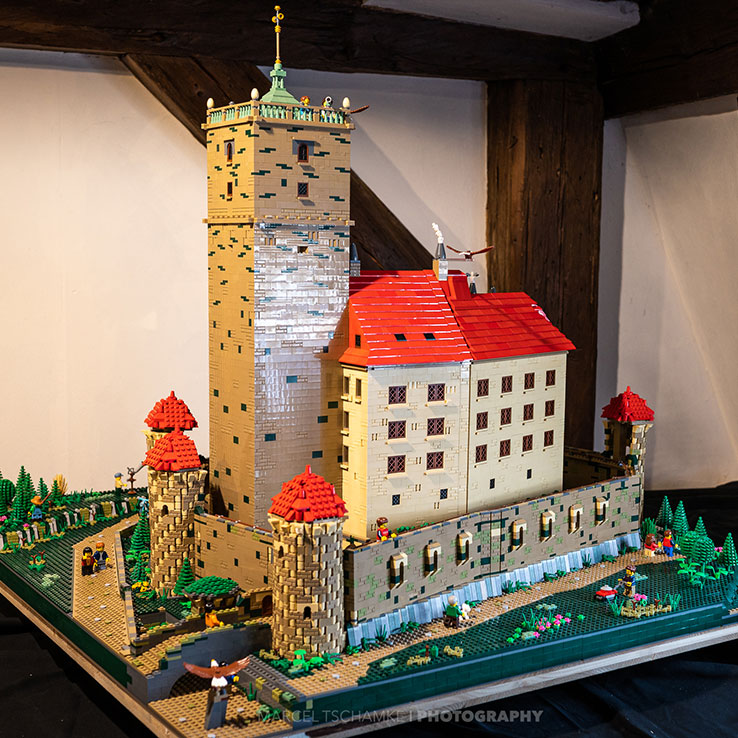 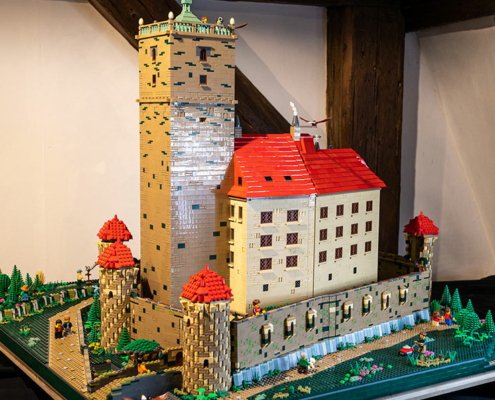 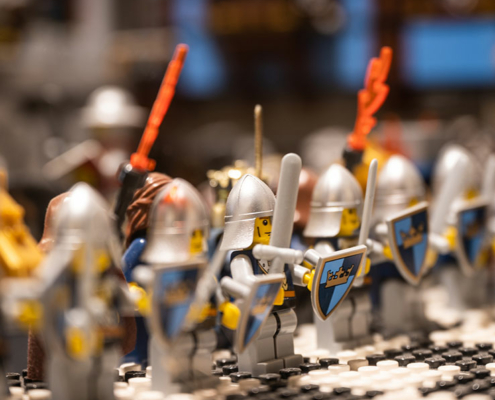 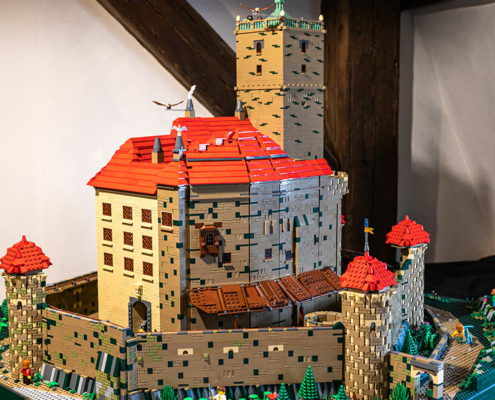 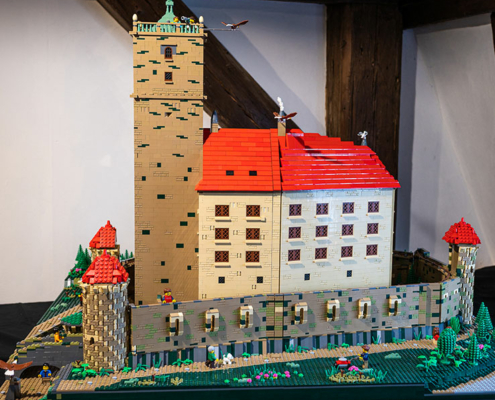 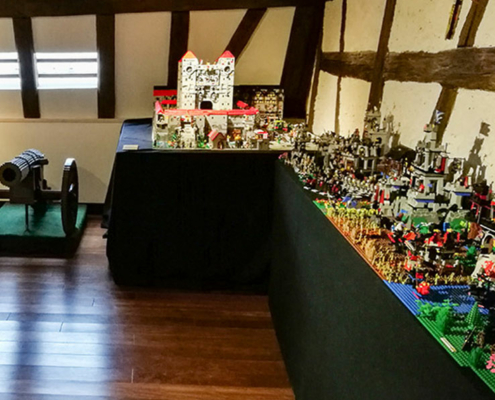 Guttenberg Castle is considered one of the last undamaged Staufer castles in Germany. It was founded around 1180, is today over 800 years old and has a correspondingly eventful history. It has always been inhabited and has been completely preserved to this day. It has been owned by the Barons of Gemmingen for over 560 years.