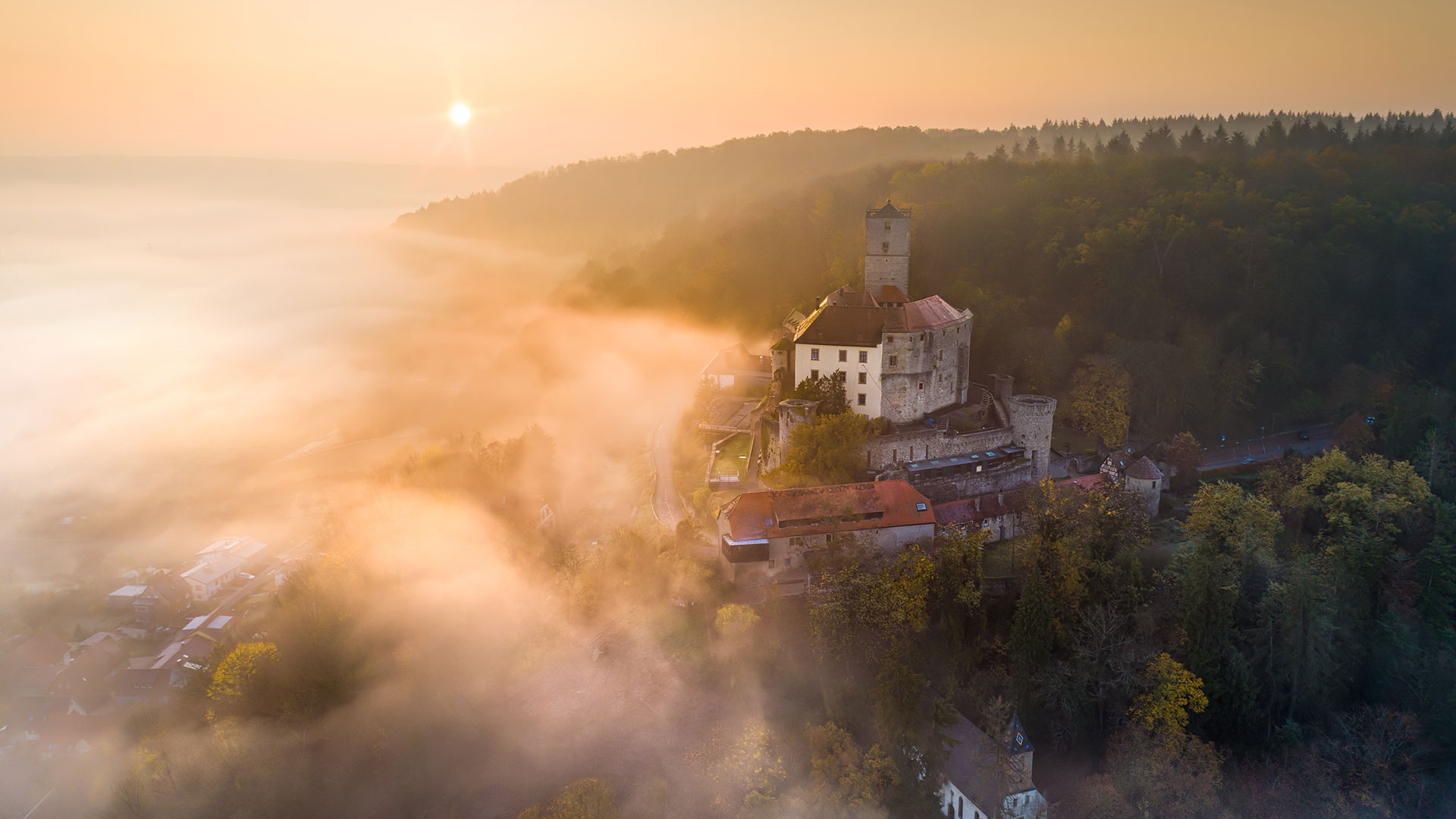 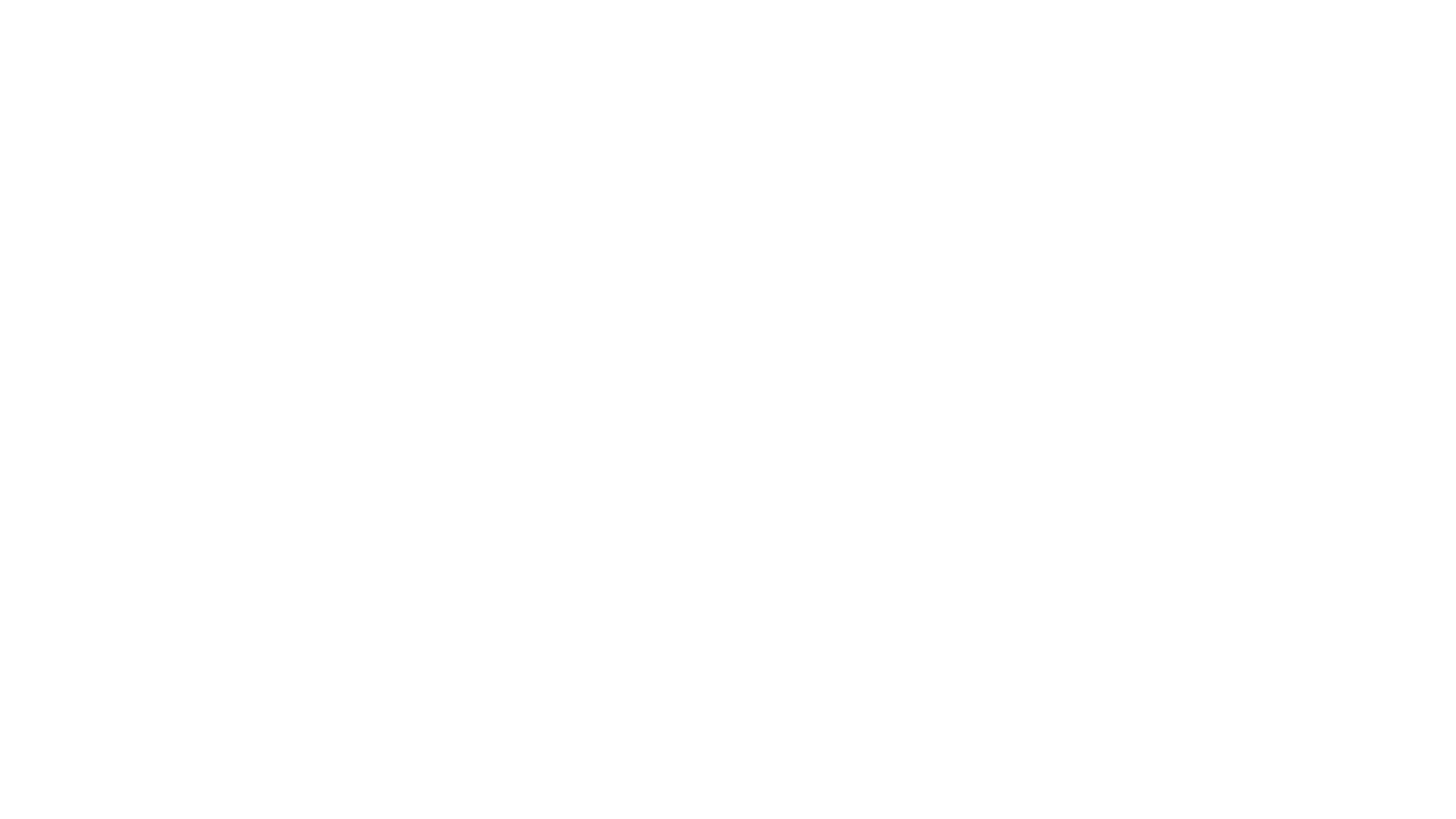 The castle of the eagles above the Neckar

One of the oldest and most beautiful castles in Germany

Guttenberg Castle is one of the oldest and most beautiful castles in Germany. Here you can admire flight demonstrations of wild birds of prey, learn about life on the knight’s castle in the museum and enjoy hearty knight’s meals in the tavern. Paradise for the loving couples and the best place for a dream destination wedding. 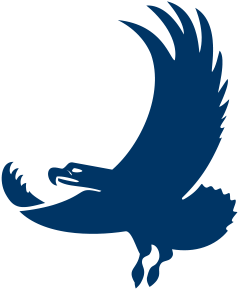 With the new Corona Ordinance, the far-reaching protective measures will no longer apply in Baden-Württemberg from Sunday, April 3, 2022. Therefore, when visiting Guttenberg Castle, the obligation to provide proof will also be dropped with immediate effect. Masks are at the Castle Museum welcome, but optional, due to the cramped quarters.

Due to the rampant bird flu, no injured birds of prey or owls may be accepted at present. We ask for your understanding.

Arrival by Car or Bus

Guttenberg Castle is easily accessible via the A6 (exit Bad Rappenau) or the B27 (Gundelsheim). Please follow the brown signs with the inscription “Burg Guttenberg”. For buses, there is a separate, signposted arrival to the forest parking (about 10 minutes walk to the castle). 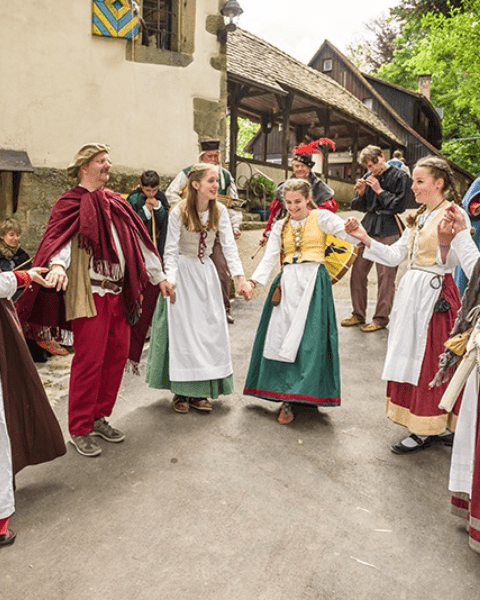 Celebrate Spring Castle-Fair with us, experience magical spectacles and delicious knight's feasts and party into the New Year.
Link to: Hochzeit 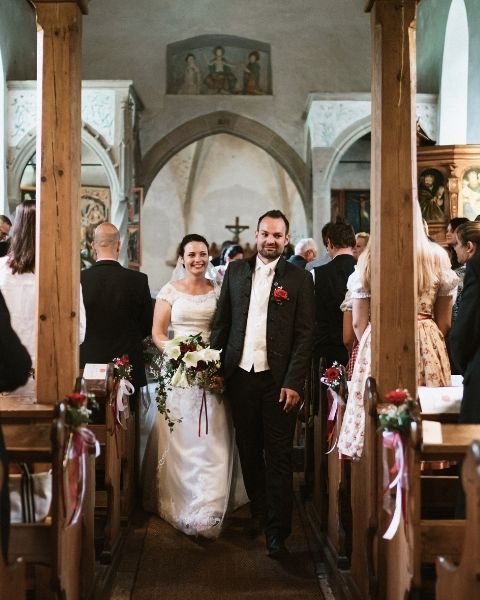 Guttenberg Castle has everything to make a dream wedding unforgettable: castle's chapel, registry office, and restaurant with all-inclusive-service.
Link to: Gutscheine 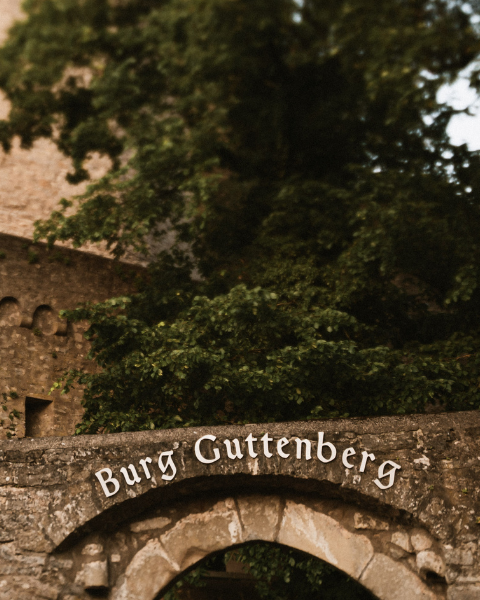 Our vouchers are the perfect present for escaping the everyday life into a fairytale.

Guttenberg Castle is considered one of the last undamaged Staufer castles in Germany. It was founded around 1180, is today over 800 years old and has a correspondingly eventful history. It has always been inhabited and has been completely preserved to this day. It has been owned by the Barons of Gemmingen for over 560 years.

You don’t want to miss any news? Then sign up for our newsletter.

We send out our newsletter about once a quarter. Of course, you can unsubscribe at any time.