The German Raptor Center is known for its spectacular flying displays with its eagles and vultures. The great number of large, free-flying birds of prey used in the flight shows is almost unique in Germany. Usually huge birds with a wingspan of over two metres, such as griffon vultures, bearded vultures, but also their mighty colleagues, such as various sea eagle species and golden eagles can be admired in free flight in one and the same show. They circle over the Neckar or high above the battlements of Guttenberg Castle and fly directly over the heads of our guests. 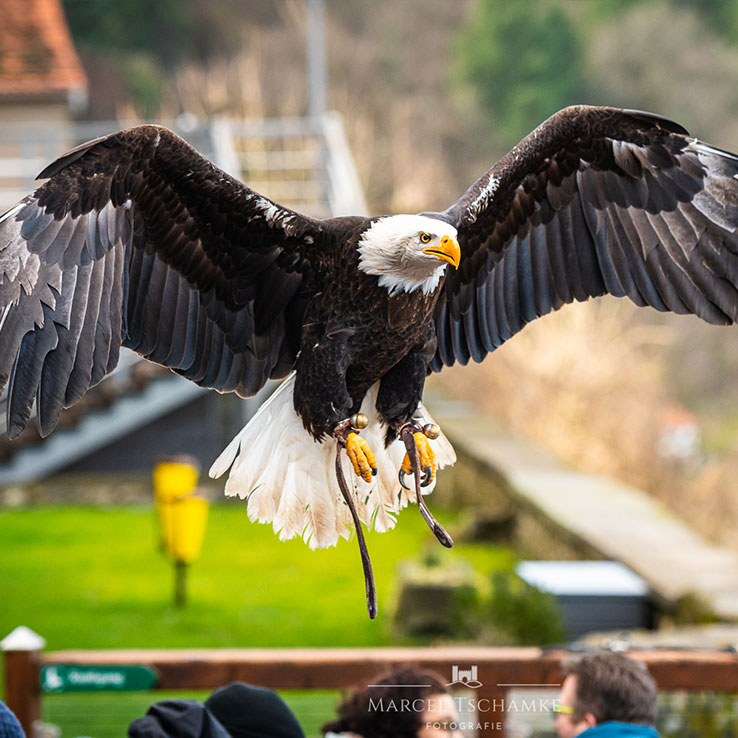 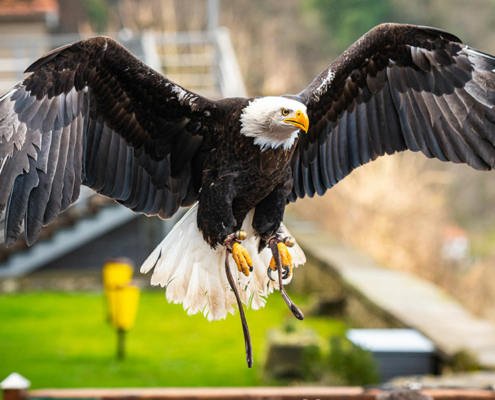 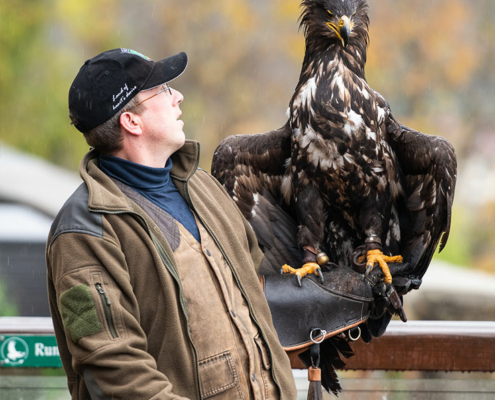 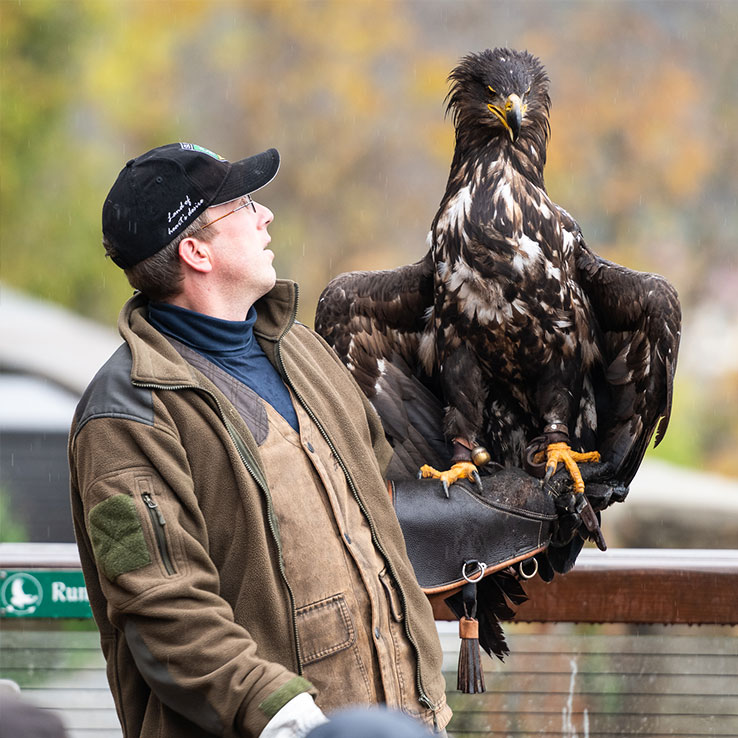 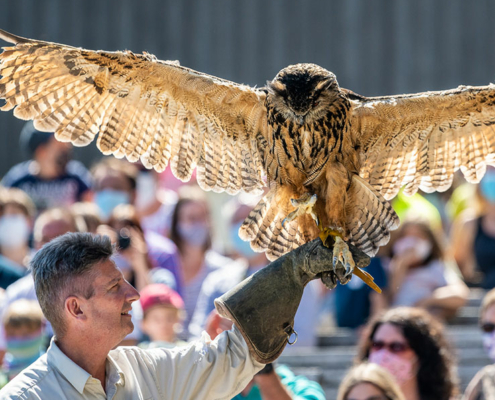 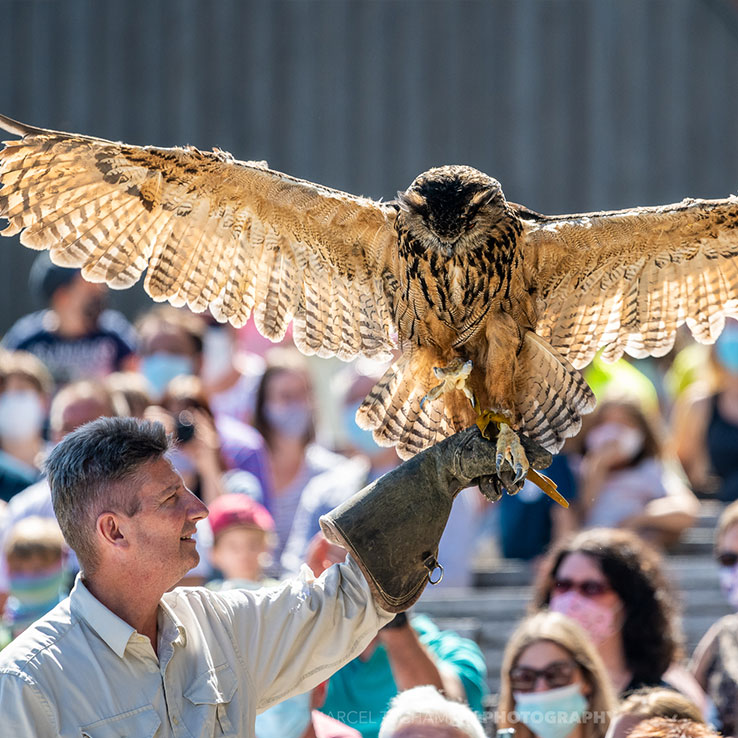 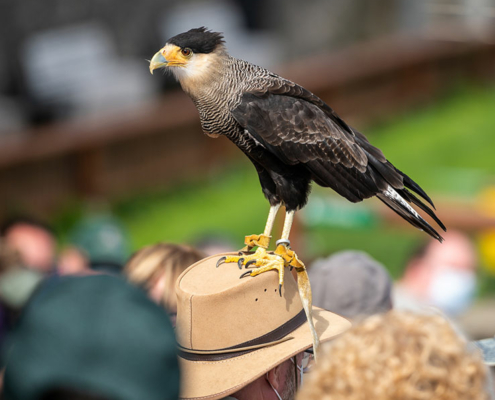 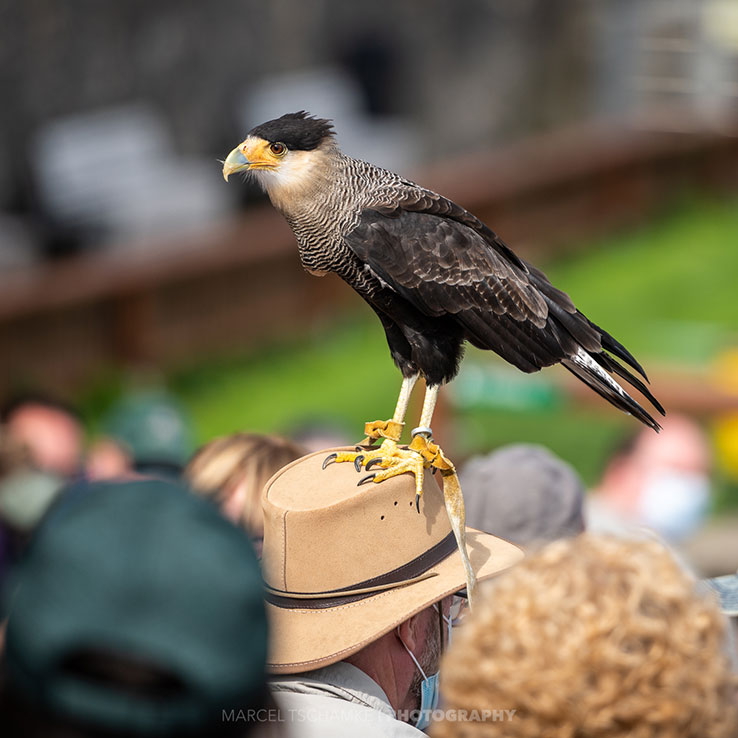 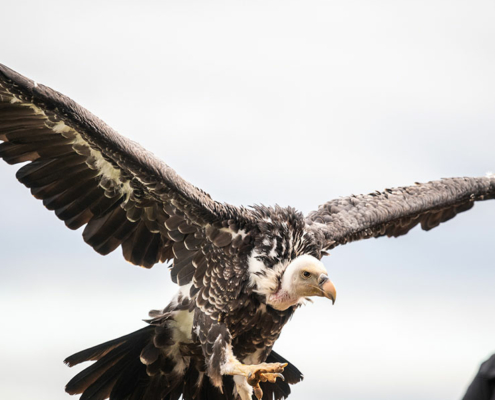 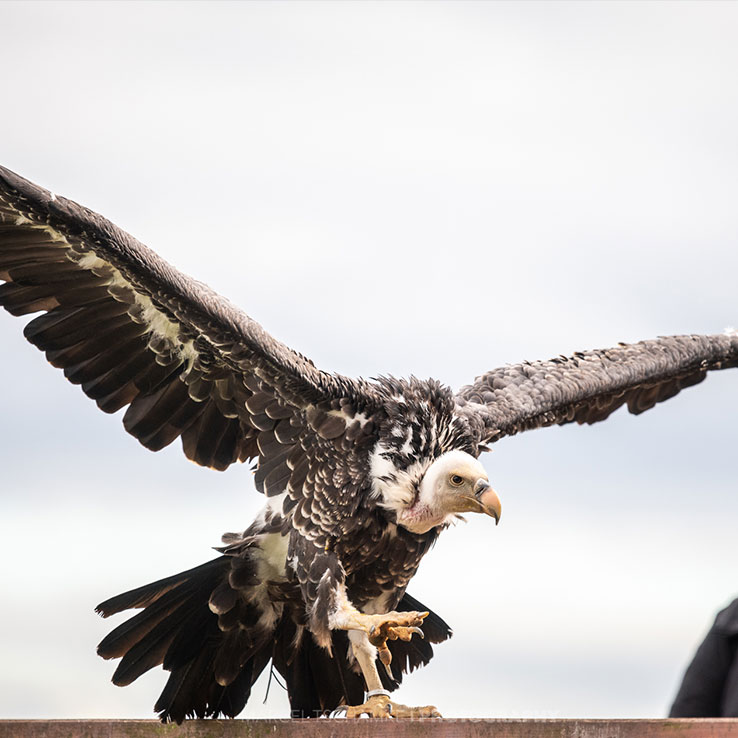 During the flying display, our “ground staff” will provide entertaining knowledge transfer for young and old. The castle’s outer wards with around 80 birds, exhibitions and sculptures offer a close-to-nature insight into the fascinating world of the griffins!
Please note our opening hours.

Dogs can always be brought to Guttenberg Castle. However, they are not allowed to enter the grounds of the German Raptor Center and thus not to attend the flight demonstration. Access for four-legged friends is not permitted from the barrier in the central castle area onwards.